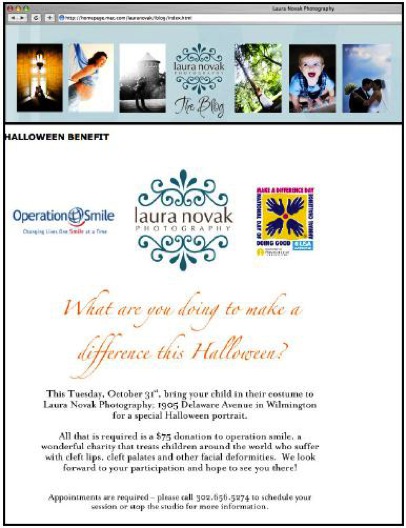 Month. Laura used a studio newsletter and emails to get the word out. She also sent a press release to which a network person responded by suggesting that she try for a listing in USA Today’s weekend edition website. By following up on this lead, Laura secured a listing under “Make A Difference Day.”

In addition to raising funds for Operation Smile, Laura used the promotion to introduce her upscale studio to consumers she might not see during the regular course of business. She added an intriguing twist to the month-long promotion by offering an October 31 Halloween shoot for only $75, which included 5-8 online proofs of each child in costume, from which parents could purchased finished prints. The fee went to Operation Smile and represented one-third of the studio’s eventual donation.

To publicize this special event, Laura posted a flyer at a luncheonette and also added it to her Internet blog. To facilitate fulfillment of this special session, clients ordered their images online. Later her blog featured some of the charming images the promotion produced. 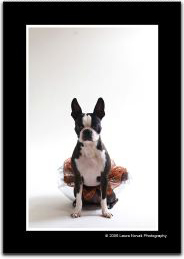